At our Mooloolaba store we stock a wide range of computer products and accessories for you computing needs. Drop in any time and check out our range. 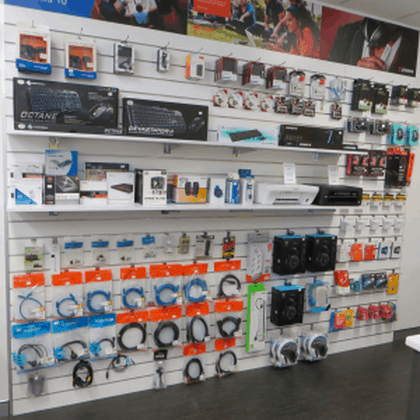 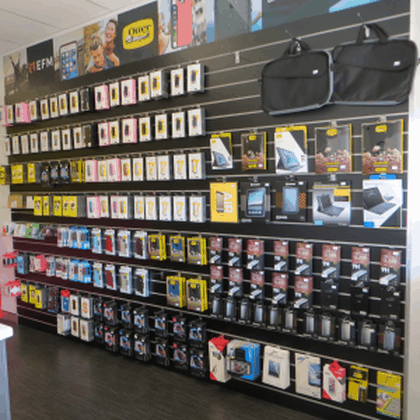 The information below was taken directly form a Wikiversity page and some additional explanatory information has been added. It explains the relationship and how accessories and internal parts of a computer all work with each other.

Hardware refers to the physical elements of a computer. Also referred to as the machinery or the equipment of the computer. Examples of hardware in a computer are the keyboard, the monitor, the mouse and the central processing unit (CPU). However, most of a computer’s hardware cannot be seen, it’s inside the computer case.

I/O lets the computer talk with the world around it. Sometimes it’s necessary to add functionality to a computer to keep it up to date or make it better. The amount of I/O a computer has can be changed, by adding expansion cards that support I/O. A graphics card can be added to a computer to let it talk with a display, or a WiFi card can be added, which will let a computer talk to other computers without a connecting wire. Sometimes functionality can be added through a universal port, a port that supports multiple kinds of I/O. USB, FireWire, and Thunderbolt (Types of I/O) support multiple data types. Your keyboard, mouse, and monitor all connect to a computer’s I/O.

CPU’s or processors perform computations. They do the math for your calculator application, they compare the size of numbers; people have likened the CPU to the “brain” of a computer.

The motherboard is a piece of hardware that makes connections in the right places between all of the other components in a computer. It tells data where it should go. When the CPU is finished processing some data, it might say to the CPU, OK, put this in the HDD, and the motherboard will figure out where the HDD is and send the data there.